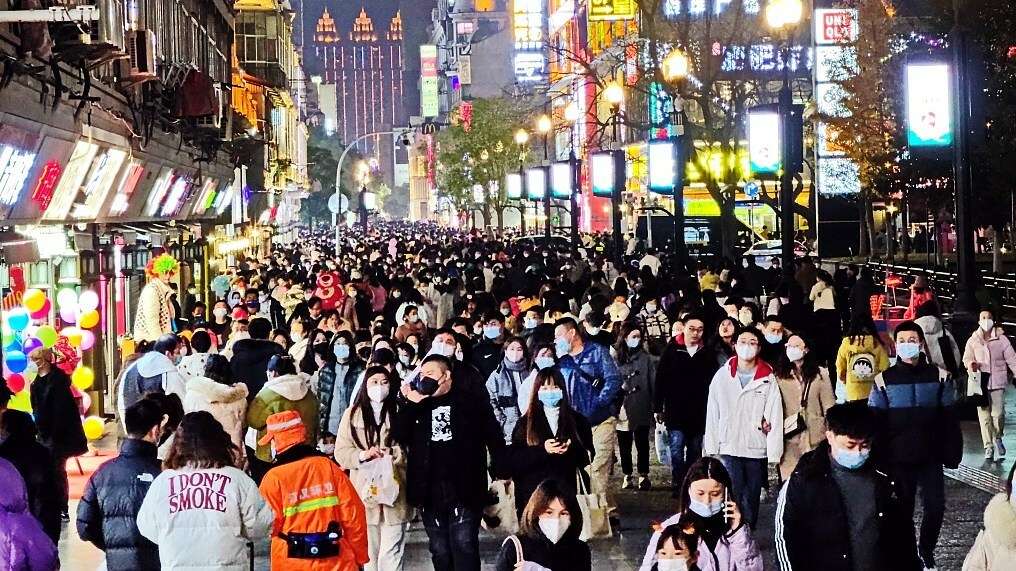 True, China may face some challenges in its retail sales and consumer spending in the early days when the country downgraded its level of COVID-19 management. The lifting of COVID-19 related restrictions doesn’t mean an immediate rebound in economic growth. An increase of infection cases that could happen in any country – not just China – means that it takes time for people to get before they can go back to shops and restaurants.

But, latest figures have already shown the revival of China’s consumption market. Since the shift in COVID-19 policy, the attendance at some movie theaters in Beijing has returned to 75 percent of the regular level and popular diners have posted more than 80 percent of customer traffic, China’s Xinhua News Agency reported.

The optimization of COVID-19 response means Chinese residents will be more willing to travel and spend. Consumption will become a major driving force for economic growth, chief economist with China Securities Huang Wentao said in a recent interview with Xinhua. Wu Chaoming, chief economist with Chasing International Economic Institute, believes that the per capita consumption expenditure of Chinese residents would increase from 8 percent to 12 percent in the new year.

Many foreign firms are also upbeat about China’s economic outlook. “Although it (China’s downgrade of COVID-19 management) might bring some challenges in the short term, we believe we will see a meaningful recovery in the long run,” said Kenichi Tanaka, president of Fujifilm (China) Investment Co., Ltd, as Xinhua reported.

Admittedly, the arduous anti-virus battle over the past three years has caused some disruptions. But the Chinese economy has managed to consolidate its resilience. According to the General Administration of Customs, China’s foreign trade of goods expanded 8.6 percent year-on-year to 38.34 trillion yuan (5.78 trillion U.S. dollars) in the first 11 months of 2022.

Against the backdrop of the global virus-induced economic trough, China’s gross domestic product (GDP) grew at an average annual rate of 4.6 percent from the third quarter of 2019 to the third quarter of 2022, according to the Organization for Economic Cooperation and Development. This is well above the world average. The figure of the United States – the world’s largest economy – stood at 1.6 percent during the same period. Major developed countries including Germany, France, Britain, and Japan saw their GDP expanding at below 0.5 percent.

China has also kept a relatively low inflation level at 2 percent, according to the People’s bank of China. The United States, however, has seen inflation reaching 9.1 percent in June, 2022, the highest rate in more than 40 years. According to the Moody’s Analytics 2022 data, soaring inflation caused ordinary American families to fork out $445 more per month compared to a year ago. While the skyrocketing costs of food, energy, and shelter put extra pressure on millions of American households already struggling with their family budget, China is seeing a decline in food prices – a 0.8 percent drop month-on-month in November, data from the National Bureau of Statistics showed.

Mary McCartney Celebrating 100 Years of Photography on the Ocean Waves

African leaders commit to ending AIDS among children by…

Lebanon devalues its currency by 90 percent, market rate is…