India and the EU are resuming negotiations for the India-EU Free Trade Agreement after a nine-year lull. A joint event held at the EU HQ in Brussels by Indian Commerce Minister Piyush Goyal and Valdis Dombrovskis, the Executive Vice-President of the European Commission, announced the launch of negotiations for an Investment Protection Agreement and a Geographical Indicators (GI) Agreement. 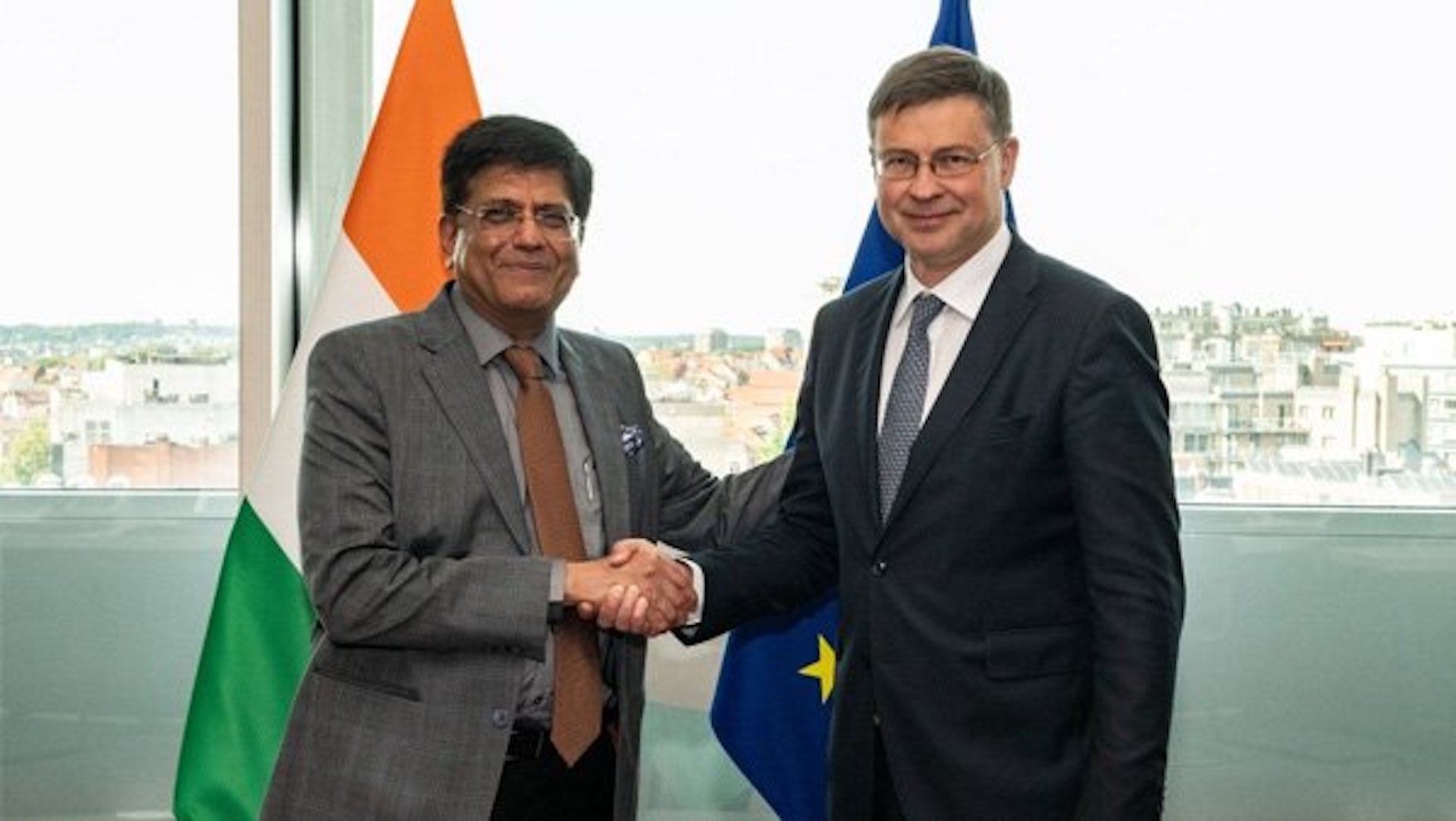 As one of the most significant free trade agreements for India, as the EU is its 2nd largest trading partner, the merchandise trade between India and the EU registered an all time high value of 116.36 billion US dollars in 2021-22 with a year-on-year growth rate of 43.5%. The visit to Delhi by the President of the European Commission, Ms. Ursula von der Leyen, in April this year and the recent visit of Indian Prime Minister Narendra Modi to Europe helped to speed up the FTA discussions and ensure a clear roadmap for the negotiations in the coming months.

There will also be a discussion regarding resolving the problems of Market Access, which are impeding bilateral trade between the two countries. A first round of negotiations for all three agreements is scheduled to take place between 27th June and 1st July in New Delhi. A record number of FTAs were signed by India with Australia and the UAE earlier this year. There are talks underway with Canada and the United Kingdom as well. India’s FTA negotiations are part of its broader strategy to forge balanced trade agreements with key economies and revamp existing trade agreements to improve trade and investment.

Earthquake of magnitude 5.1 rocks the Kermadec Islands in New Zealand

FDIs in UAE grew by 116 percent over the last decade

160 cases of monkeypox have been reported in Austria

Egyptian U20 football national team qualifies for 2022 U-20…