King Abdullah of Jordan meets US military officials in Tampa

During a working visit to the United States, His Majesty King Abdullah met with US Central Command Commander Gen. Michael E. Kurilla, and US Special Operations Command Commander Gen. Richard D. Clarke, on Friday in Tampa, Florida. The two meetings focused on ways to boost military and defense cooperation between Jordan and the United States. During the meeting, efforts were also discussed to fight terrorism at the regional and international levels within a holistic perspective. 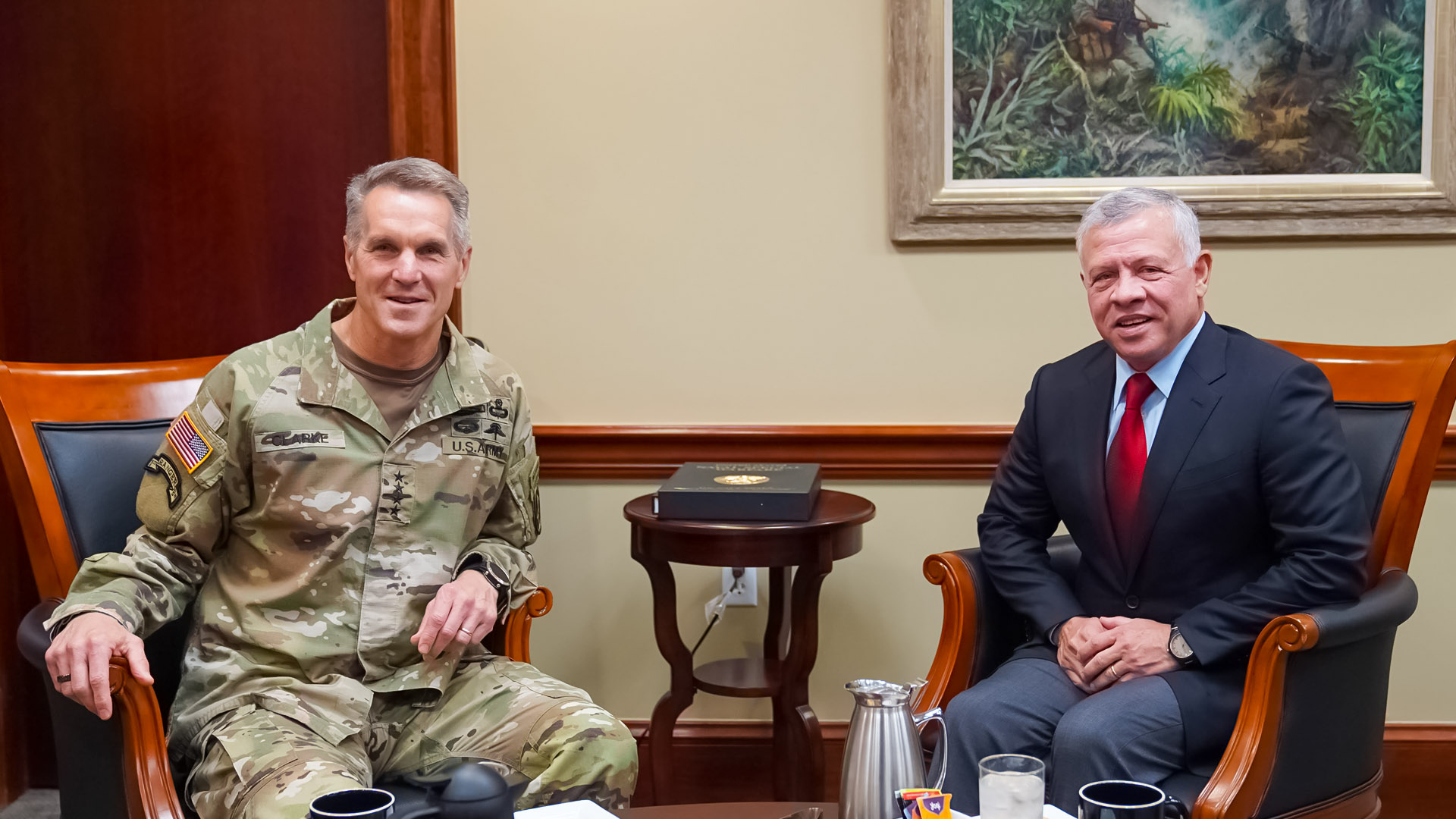 Jordan and the United States have a 1996 Status of Forces Agreement, a 2006 Acquisition and Cross-Services Agreement, and a 2021 Defense Cooperation Agreement, reflecting the strategic importance of Jordan to U.S. foreign policy in the region. Over the past five years, the Department of State has provided Jordan with $2.155 billion in Foreign Military Financing (FMF), making Jordan the third largest recipient of FMF funds globally.